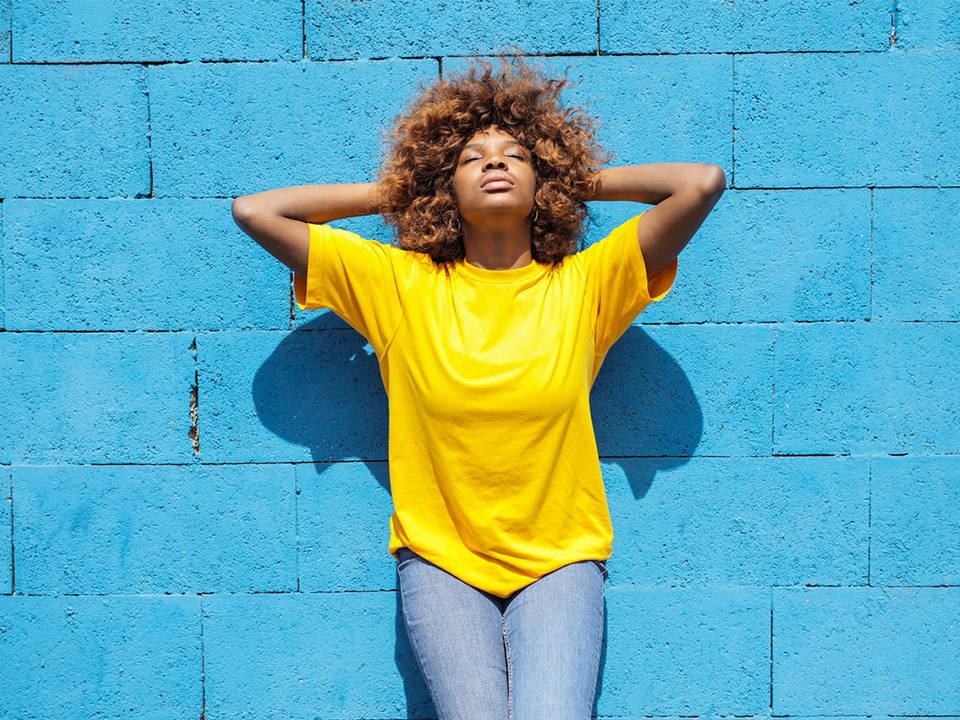 Wigs, wigs! Within the past few years, wigs seem to gain much popularity. With famous celebrities like Beyonce rocking various wigs amazingly, wigs have become a fashion trend. Wigs aren’t anything new, it has developed substantially over the years. Since its emergence in ancient Egypt, it has evolved from a necessary tool, to a symbol of status, and finally a source of both artistic expression and pop cultural fascination. So what wigs were like back in the day. Here’s what you might want to grasp:

The first hair extensions were worn by ancient Egyptians and they were mainly made with human hair, wool or palm leaf fibers. To prevent wigs falling off the head, a combination of beeswax or resin was used to attach the hair to the head, and it was dyed all different kinds of colors, like gold, red or black.

Besides being fashionable, they were also used to protect the head from the hot sun. In Ancient Egypt, because of the hot and dry climate there, too much hair would get overheated or attract lice, so both men and women had clean shaven or close cropped hair. Therefore, they commonly wore wigs to protect their scalps from the scorching sun.

In addition to their functionality, they were also used to signify class while most people own at least one. Wealthy women would own an assortment of ornate or decorative wigs, some of which were made from silver. The Wealthy Egyptian would wear elaborate wigs and decorated with gold pleats, beads, and ribbon.

The Greeks and Romans also used wigs as an everyday fashion, but their wigs tended to look a little bit more realistic. When it came to the ancient people of the Far East in Japan and China, it was rare for ordinary citizen wear a wig unless you were an actor or maybe a geisha.

During the Middle Ages, most women kept their heads covered and with the rise of Christianity, wigs were kind of looked upon as symbols of the devil but in the 15th century, men began to wear them as a way of concealing hair loss.

Due to the fall of the Western Roman Empire, wigs fell into disuse. Until 16th century, wigs became a generally acceptable form. The wearer sported wigs for hygienic and fashion reasons and of course to cover up balding. People who suffered from hair loss improved heir personal appearance by wearing wigs. Besides, wearing wigs made it easier to remove head lice resulted from unhygienic conditions of the time. 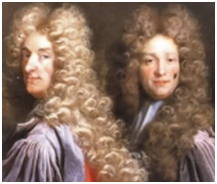 In fact, Europe world didn’t embrace wig fashion until the middle of the 16th century, when the syphilis epidemic swept the continent and people infected lost their hair. to cope with widespread baldness, Europeans finally accepted the wig. the style for men was long curly hair past the shoulders.

Since ancient Egypt, wigs became more commonplace for people in the 17th century. The revival of wigs was inseparable from royal personages. Queen Elizabeth I of England famously wore a red wig, tightly and elaborately curled in a "Roman" style. King Louis XIII of France started wearing wigs to hide his thinning hair for public image. Louis XIV of France largely promoted wigs in Europe and Europe-influenced countries.

And as this trend, all skilled wig makers were sought out and held in high regard. In fact, the first wig maker’s guild was started in France in 1665. Other places in Europe soon followed suit. Wigs were usually made from human hair but sometimes goat and horse hair was also used. These wigs were uncomfortable, heavy and expensive. There were so much profit in wig market that gangs and wig thieves emerged with some of them specializing in robbing passengers as they traveled by coach.

In the 17th century, wigs became the favored way for the upper class to show off their wealth and power in England. Following the reign of King Charles II (1630-1685), wigs became a symbol of English polite society, and a part of mandatory dress codes for court officials and other high ranking professionals.

The 18th century marks the peak of wig history. Once it was embraced by the rich and famous, the wig became a must-have accessory for European and Colonial American men looking to show off their status. Different sizes, shapes, and styles emerged to meet growing demands. Those in the lower class made do with cheap hairpieces, or by fixing their own hair to look more wig-like.

The 18th century saw a surge of high powdered wigs with elaborate ringlets and designs. They were usually white but sometimes they were colored violet blue yellow or pink. A rise erupted in 1715, because people were starving and badly needed flour that was used for bread which was being used by aristocrats to powder their wigs. 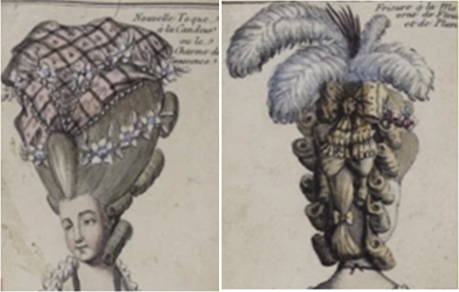 Following these events and then the death of the King, there was a decline in these elaborate wigs. There were some attempts to revive this fashion choice with different styles and less costly hair pieces being designed. It was during this time that toupee was first used. The word “toupee” means tuft of hair in French. When it comes to high powdered wigs, the first person that most of us think about is Marie Antoinette. During her life, she was thought of as a fashion icon with many women in the record emulating her extraordinary style for themselves.

Men’s wigs were powdered to give them distinctive white or off-white color. At that time, women wore coiffure supplemented by artificial hair or hair from other sources, and started powdering their natural hair. Powdered wigs (men) and powdered natural hair with supplemented hairpieces (women) became essential for full dress occasions. 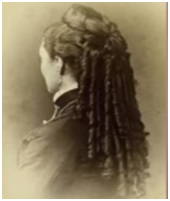 In the 19th century, wigs were usually worn by conservative men, most notably in the English courts. And this is a tradition that still carries on to this day. Women no longer their powdered wigs but this didn’t mean that they completely forewent their hair pieces. A clipping could be inserted into the hair discreetly to hide extra hair in one style. The Victorians did false hair and these hair weren’t fashionable and those who wore them usually hid that from everyone except for their wig stylist. One of the sad truth of that time is the fact that if a woman wore a wig, is was usually to cover baldness as a result of syphilis.

By the end of the 19th century, opinion shifted once again with various publications like the Hairdresser’s Weekly Journal stating that hair piece for men should be thought of a s a necessity rather than event. However, this was not the case for many balding women who continued to wear wigs in secret.

By the 1950s and 60s, the wig industry had established itself. For many women, the convenience of dropping off their wigs at the salon once a week for styling and then easy wearing was incredibly alluring. Just like in the 17th and 18th century, wig theft made a resurgence as people fell victim to wig buying scams. By the 20th century, wigs and hair pieces became even more common with celebrities and common average people wearing them. Hair is such a integral part of our self-perception, so it’s really awesome that there are so many brands to choose from.

In the United States, only four presidents from John Adams to James Monroe wore curly powdered wigs. Women's wigs developed in a somewhat different way. Full wigs in the early 20th century were not fashionable. They were often worn by old ladies who had lost their hair. The popularity of women’s naturally styled wigs increased substantially in the 20th century, especially after the development of wigs made from inexpensive synthetic hairs. In the 1960s, a new type of synthetic wig was developed using an artificial fiber which made wigs more affordable.

In modern times, wigs remain a booming business. Today, the wig has taken on a more artistic function for different purposes, like holiday costumes, cosplay, acting, stage productions, hair loss hiding and so on. Actors, musicians, and celebrities wear wigs as fashion statements to signify new personas, or simply to change a new appearance. Many social media users have posted many videos telling people how to choose, wear, style wigs and how to make wigs look more natural. People are more open to wigs, and now more and more people are willing to try wigs. 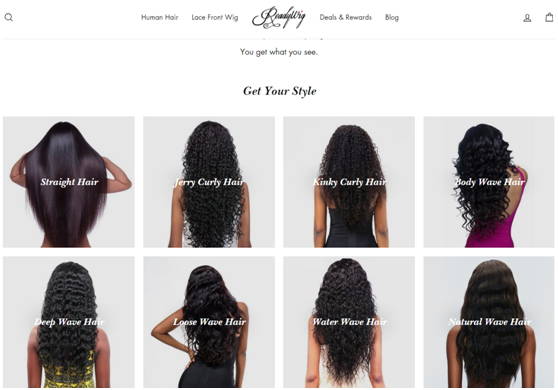 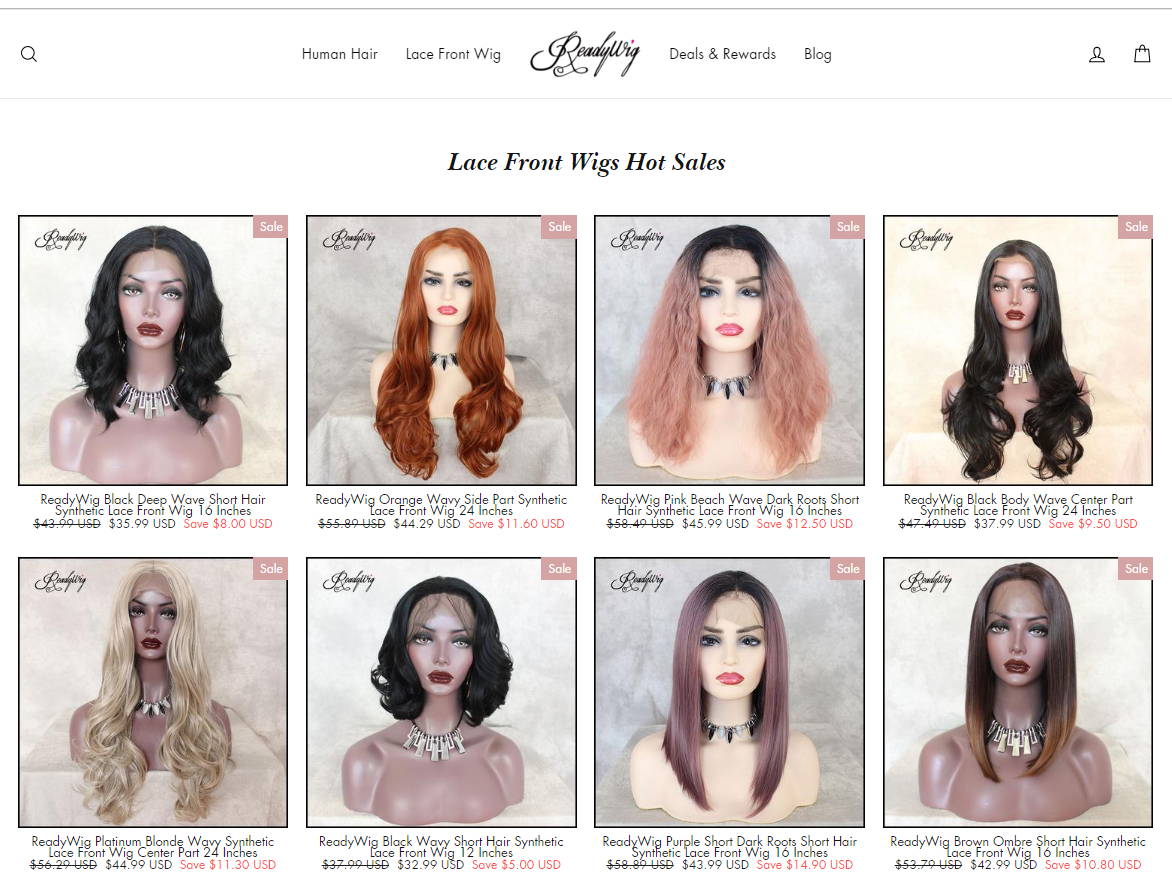 In a word, no matter what its function is—practical, artistic, or just for show, the wig continues to play an increasingly pivotal role in our lives. Whether you’re a cancer patient in recovery , a sufferer of alopecia, or just a person with fine hair, you’ll find that through a little bit of research there’s a wig or a piece out there just perfect for you. After browsing through the brief introduction of wig history, are you intrigued to wear wigs? Which type of wigs will you prefer, human hair or synthetic wigs? Check out ReadyWig for more wig details!

Share with your sis. Join ReadyWig for more hair tips and styling ideas.

Back to ReadyWig Blog
SHOP NOW
GET STYLE
Friend Site